Winter is gone and it is almost summer season, but it’s raining open letters. Every once in a while, there comes a time when society goes through the ‘Revolutionary Itch’ or as they say ‘Gaand mein Khujli’ ka time.  People, especially those who eat, sleep, drink and shit with their laptops or iPads or Smartphones (basically, everyone who does not use pen & paper) suddenly decide, ‘Enough is Enough’.  I need to get out of this chair, and stand up for a cause. They stand up, stumble their way to the toilet pot and while taking a massive smelly dump, get a revolutionary thought, “Chal chutiye, aaj kuch toofani karte hai”, “Ek meaningless open letter likhte hai”.

In this season of love, politics, war and open letters, I want to declare my unconditional love to one true lover of my life and rightful heir to all seven kingdoms, “My Chaddi”, with this open letter.

I will not ask you if you are doing good because you are definitely not. Moreover, summer is here and so is the season for some really sweaty balls and I can assure you that near future has no great hope in store for you. Still, you have been through a lot, so a few words of appreciation are the least you deserve.

First up, I admire your patience. You have put up with me like no one has ever done before. At times, I thank my stars that you cannot talk. If you could, then like a really nagging girlfriend, you would have stopped me with the scariest phase in the world, “We need to talk”. Thankfully you cannot and we never need to talk. You have been the sole witness of my waist’s transformation from a ‘maachis ki teeli’ to a huge banyan tree. Of course, you have been really flexible to adapt to this change and the two of us have grown together hand in hand or should I say band in waist?

Normally, you have been a rendezvous point for the hand and the unmentionable organ. I wonder whether it is a blind date or the kind of date that makes one blind. Though you are witness to one of the most pleasurable moments for a man, this is not what our relationship is all about. It has been a long and fruitful one. You were there, when I first wet my pants, you were there when I was afraid for the first time, you were there when I was beaten up by the cops, in fact you have been a part of my every ‘chutiyapa’. Many will say that there were different chaddis, but they are ignorant people with little knowledge of chaddis. For every man there is one chaddi in this world, all the chaddis are mere avatars of that one chaddi. There is a reason why you go to a mall and pick up that one chaddi, the only piece of clothing that you buy without trying and it still fits you, every fucking time. After a certain age, one buys his own chaddi, no one else can do it you. A man is at his poorest, when he has no chaddi. Red, blue, green, black, pink it does not matter, any color is fine. It is yours and you will not share it with anyone. 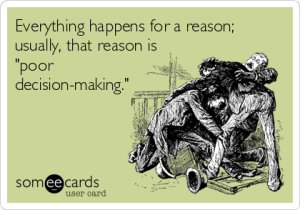 A clean chaddi leads to a clear mind and hence strong decision making ability. No politician in this world can succeed without a clean chaddi. As the Hindu right wing fringe groups may state, a dirty chaddi indicates ‘Tamsik’ (evil) state of mind and a clean chaddi ‘Satvik’ (good) state of mind. I know I am confused when you start itching and it completely fucks up my confidence. Just imagine a confident politician with a chaddi full of germs.

Chaddi and the divine connection (My chaddi told me to switch job):

During my first job, I never got time to clean you. Even if I did, I was too lazy to do that. Who wants to spend his weekends washing chaddis? One day while working, late in the night, I went out for a smoke. The familiar itch and rash due to sweaty Mumbai weather had taken its toll on me and I could barely walk. 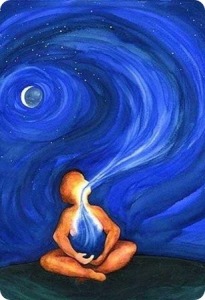 Outside the office building, as I was staring at the sky through the cloud of smoke, I heard a sound, “Abe chutiye ghar ja!”. At first, I thought I was hallucinating because of all that staring at the LCD monitor. Then when I realized it was actually a person wearing a golden crown (more like a mukut) and costly jewelry, straight out of PC Chandra jeweler’s showroom, I realized it must be god, but why was he swearing. Looking at the shock on my face, he told me that he was on a smoke break and can cuss like us normal humans. He then told me, “Vats,

It is translated as, “Kaam tab tak karo, jab tak chaddi na chipke. Jab chaddi chipke to to samjho job badalne ka samay aa gaya hai. Chaddi badalna aasan hai, par job badalna aur bhi aasan. Just log on to www.naukri.com” I realized that I was simply hallucinating. I locked my system, went home and decided to sleep it off. My chaddi, lying on the floor was staring at me.

I realized that it is time to move on.

Chaddi does not discriminate:

Chaddi, you treat everyone equally, without any discrimination. You are like god, taking care of both good and the evil.

Oh dear chaddi, I always think, that the creator of this world started creating us only after wearing a chaddi, unless he or she was an absolute pervert (which I refuse to believe). The basic prerequisite of every creation is a chaddi (either you wear it or you take it off). The biggest mistakes of life are committed when people pull down their chaddis at the fucking wrong time. You may be the cause of the biggest of the battles of the world, but I am hundred percent sure that you will always be there for me. You will be there in my happiness and the worst moment of tragedy. You will be there, if I ever in my life choose to change my sex, religion or sexuality. You will be there whether I am belly full or hungry. You will be there till the time I walk this earth. The day I will be without you, will be the day I have either hit absolute bottom, or have attained nirvana. I don’t know if on the day I leave the earth, the people I love the most, will be there by my side, but  I am completely sure that you will be there hanging around my waist as I bid adieu to this mortal world. 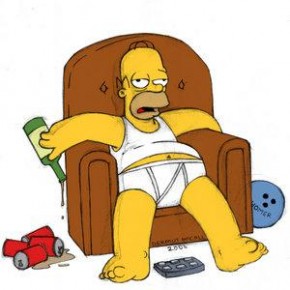