Season 6 episode 2, ‘Home’, finally reveals the one thing that we have been waiting for. Before you go ahead or read any further, “This post is dark and full of spoilers”.

Brandon Stark and the Three-Eyed Raven have gone into their ‘Warg’ like mode and are doing their usual “Netflix and Chill”. Suddenly, the old dude realizes that Game of Thrones is on HBO and tells Bran it’s enough. They were checking out Ned Stark fighting with people. Fortunately, this time, he doesn’t get his head chopped off, but the old dude doesn’t want Bran to get addicted, so he pulls the plug and they are back in their dungeon of dry sticks.  Meera Reed and the weird girl are both sitting outside in a weird Indian style shitting posture, discussing shit. The only important takeaway from this scene is, “Hodor can talk!!!”. Yes, he can and it’s more than “Hodor”. I think he is tired of just hanging out at the set doing “Hodor Hodor” and wants to exercise his freedom of speech. 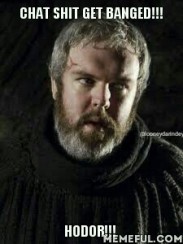 This episode is special because we witnessed a brief stand-up act, an informal one. Obviously, it was in a cheap pub, an open room. It was not an ideal setup for comedy, but the guy was funny as his act was about fucking the queen. Mountain, that bastard, killed him while he was peeing. We all know that killing comedians was pretty much an old thing and Game of Thrones reminded us of that. On the bright side, at least he got to pee on the mountain.

Waif, Arya’s weird massage partner from the spa is back to beating the shit out of a begging Arya. I think she is being punished for being a pathetic beggar. Seriously so many days of begging and not a single penny in her bowl. One may be from the last week, but Arya can certainly do better. Jaqen H’ghar is a man with a heart, if he is a human being at all, but he is into weird shit. Watch two girls fight, one of them is blind, maybe the girls are underage. This guy has some weird fetish. As LVG may say, “It is not ok to hit a blind girl with a stick unless it’s ‘Sex Masochism’.

Marcella is sleeping like a dead baby with the weird eye thing, we saw Tywin Lannister do at the beginning of season 5. This is the same place where Jamie and Cersei ‘did it’ when Joffrey died. Tommen, who was a good boy is losing his shit. Lack of sex is turning him into Joffrey. Jaime tried to kill High Sparrow, who clearly warned Jaime that this is nothing as he has been through worse in his weekly Beastality sessions. Every time he is on screen, I feel that he just made out with a cow. It’s either that or he is an ancestor of Bernie Sanders. 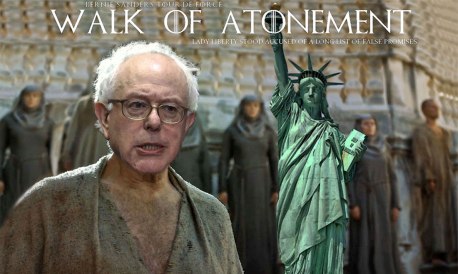 Ramsay is doing his mad thing again and is the reason for 3 key deaths in this episode. These are far more brutal than Sansa sex and obviously, one of them involves the dogs. This bastard, I mean literally is now Lord Bolton and it is going to be fucked up on several levels.

For some strange reason, Theon Grejoy wants to go back to the Greyjoy’s without a cock. One thing I love about this series is their commitment to kill the characters. They called the Greyjoys back, just to fucking drop Balon Greyjoy from a wooden swinging bridge in Iron Islands. 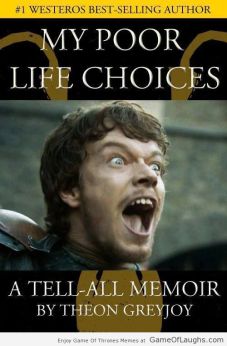 Tyrion is that one character who is loved by most, except of course Donald Trump. This time, Tyrion does what he does best, “Drinks and knows things” and casually he goes to free the dragons. Kind of things midgets do when they are drunk are really amazing. 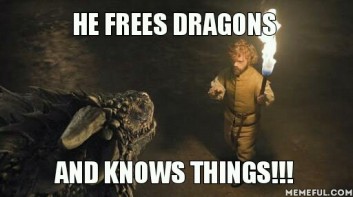 Ser Davos is doing his wise thing again. I guess he has figured out that he is not getting any mutton, so they might as well fight. The bastard is lucky and this is the first time, we are happy seeing the wildlings since Ygritte died. We all knew what Melisandre was going to do to Jon Snow and she really did it. I mean she is an old hag in reality, but because of that one act of bringing Jon Snow back, we can forgive her for being one. With all those deaths in Game of Thrones, she is going to be in really high demand to bring people back. For some reason, they kept his body way too long for us to be excited about Jon Snow coming back. In fact, he was never gone. Bolton’s death was for some reason a far bigger surprise than Jon Snow being alive. The best thing is that all the people had left when he came to life. So when they are in the other rooms doing their thing and suddenly Jon Snow shows up in his underwear, the reactions are going to be of epic proportions. We know two people who are really fucked, Ser Alliser and Olly. 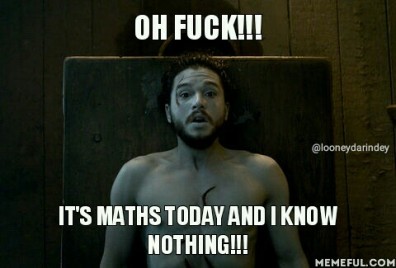 Finally, Jon is back, dragons are back, giants are back, wildlings are back, Greyjoys are back, this episode ‘Home’, feels like one big homecoming for several characters. In case, of some like Balon Greyjoy, they just came and left.

Minor Deaths – 3 (including the comedian)